Venice was about the most scenic place without any natural scenery I’ve ever seen. I’ve attempted to use seen and scene as often as possible, see? Anyway, it looks like a place Disney would have created, if Disney had created a tourist destination with only one ride, the gondola, 1500 years ago. It is a google map nightmare. A rat’s maze of improbably old, ridiculously beautiful buildings, one after another, connected by narrow alleyways leading to open squares with churches and sculptures and Italians talking with their hands walking their dogs dressed in outfits that cover their legs, bridge after bridge, all of which are arched to allow the boats that are everywhere to snake around, hauling the food in, the garbage out, the tourists around. As soon as you escape the tourists (which for us was very easy; off-season, early mornings), it becomes quite and empty. We wandered for hours, ogling at the beauty, suspicious that we had stumbled onto some movie set.

Go to the clock tower and take the tour – so cool. The clock, which displayed the hour, minute, day, month, season, and tide, and has done so for like 400 years, until very recently has been wound by hand, twice per day. The clock tender has been from the same family for all that time, and has lived in the tower. Something of a golden cage, as it is superbly located, but the clock must be wound twice a day, every day. The clock works, the cables and weights descended into the dining room, and one can just assume that the tic-tock must eventually just go away. You also then get to go to the top of the tower to see the mechanical men who have struck the bells each hour with very large hammers. They are very large men, with impressive hammers. Yes.

Eat at the take out pasta place. I have no idea how to tell you to get there. It’s about a 10 by 15 foot space, and the owner sells 5 types of pasta, 6 types of sauce, wine, and that’s it. You get it in something like a Chinese take-out carton. If you tell him you’re taking it back to your room, only 10 minutes away, he won’t sell it to you. “It will be ruined, I cannot sell it to you”. So buy it, walk outside, stand against the alley wall and enjoy the best pasta and sauce ever. And it’s cheap. We ate there twice, and when we came back to buy some dried pasta to bring home, he wouldn’t let us pay for it.

Go to Burano and Murano, where they make lace and glass, respectively. I could give a rat’s ass about lace, but Burano is really beautiful, with pastel colored homes and buildings, and a tower that leans like the one in Pizza – very unnerving to see in person. 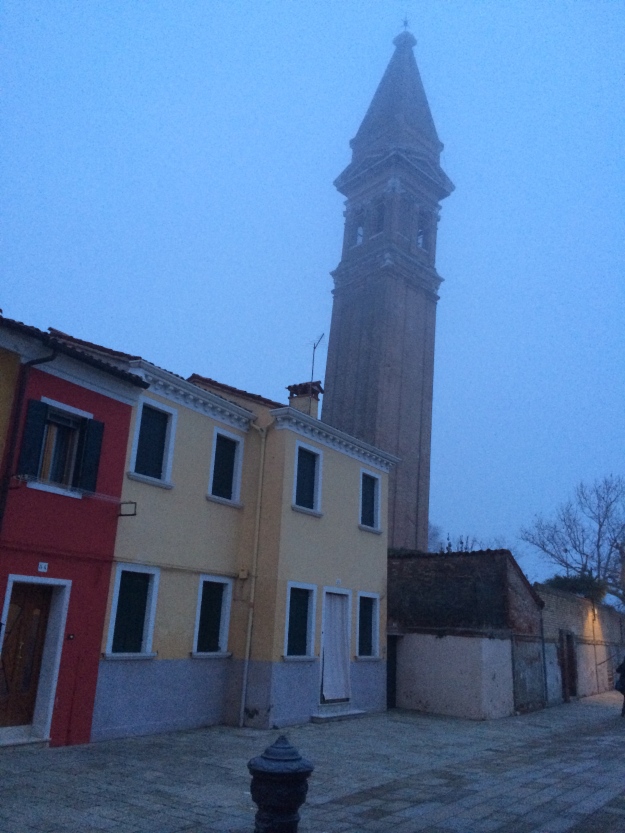 Once again we found going in the off season was fabulous. The weather was quite temperate. We had one day with very dense fog, but otherwise it was cool and pleasant. AND, there were times that we were in museums or plazas that the guidebooks encouraged us to be strong and deal with the crowds, and we found ourselves completely alone. No pushing and shoving, no nothing. Just us, alone with artworks that are much older than the United States. It was fabulous.

We saw how it could be otherwise. All the things we though were picnic tables for use during Christmas turned out to be tables that are used to create temporary sidewalks with the plazas flood and everyone seeks higher ground. Not for us. Not this time. I hope you go. You probably deserve it. 4 days is about the right amount of time. For the wimps, 3 days will do it. Get ready to walk, don’t be afraid to get lost, just enjoy the scenery. 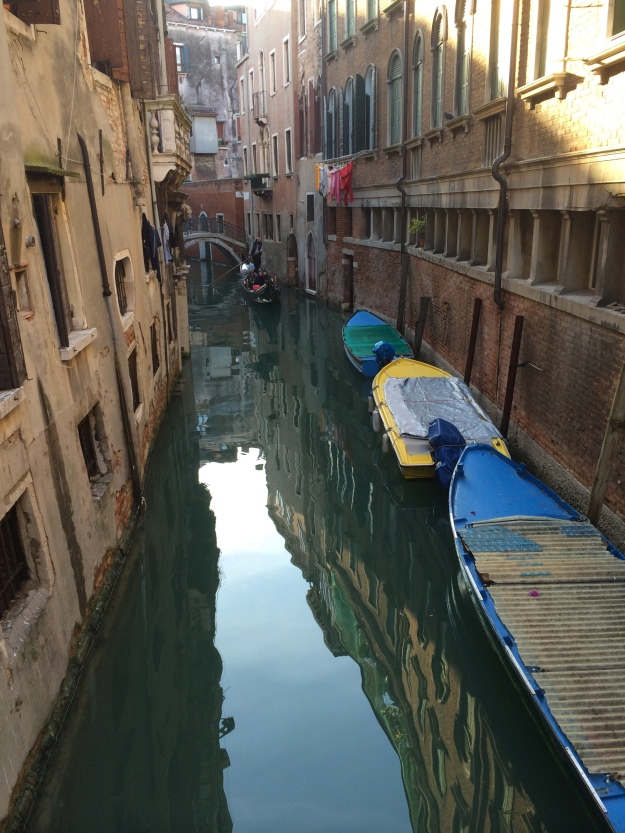